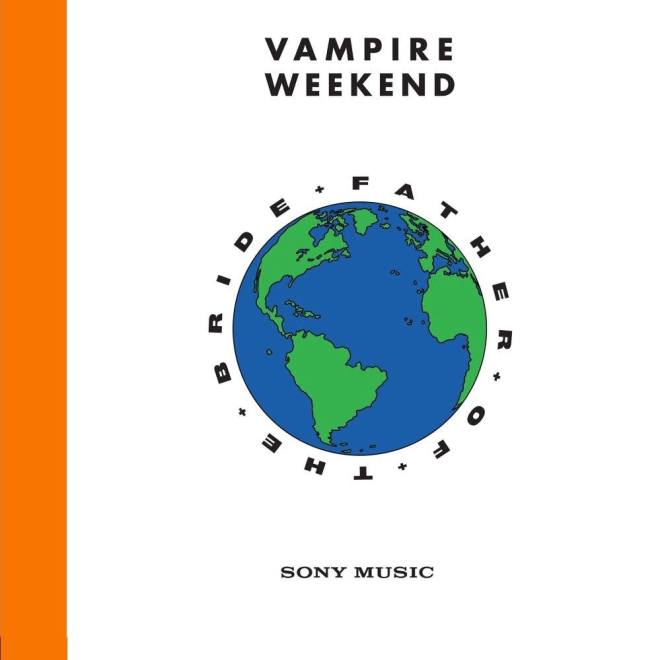 10. Vampire Weekend – Father of the Bride

“I think I take myself too serious…”

Six years after the magnificent Modern Vampires of the City, Vampire Weekend released the follow-up, Father of the Bride.

Perhaps it was marriage, fatherhood or relocating to Los Angeles from New York that changed Ezra Koenig. Perhaps it was a combination of all three. But change he did. This Vampire Weekend was looser, more relaxed and a hell of a lot more fun. More mature, but more playful. As Koenig ponders before Sympathy, “I think I take myself too serious…it’s not that serious”.

And it’s really not. Father of the Bride is an absolute triumph. It’s a rarity – a double album with zero padding. And of the eighteen songs, only four are longer than four minutes. The songs themselves are short, snappy and to the point. They are a joyous celebration and the country-tinged, romance driven collaborations with Danielle Haim stand out.

There is so much going on here. It’s fun and funky, there’s a bit of a latin vibe at times and some of the shorter songs feel a little bit unfinished. But the album benefits from that really loose, jam-like feel.

For me, Father of the Bride was undoubtedly the album of the year in 2019 and, as such, is a more than worthy addition to our decade list.