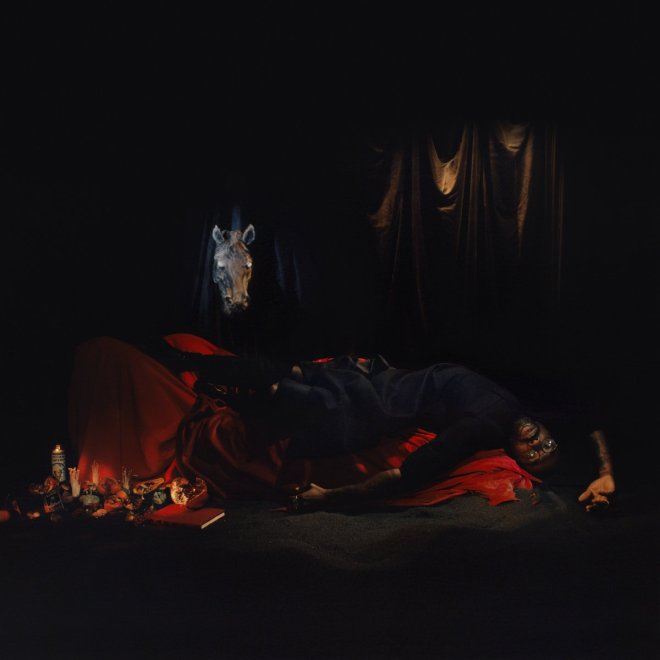 GHOSTPOET: I GROW TIRED BUT DARE NOT FALL ASLEEP

I often think of Ghostpoet (or Obaro Ejimiwe, as his folks know him) as the N’Golo Kante of modern music. Always consistently good, always delivering. When Ghostpoet shows up, you know exactly what you’re getting and you know he won’t let you down. But 2020’s I Grow Tired But Dare Not Fall Asleep takes things to another level. This is prime Kante in Leicester City’s title winning season. In short, I Grow Tired But Dare Not Fall Asleep is his best album to date and that’s no mean feat considering he’s had two Mercury nominations.

I love the fact that Ghostpoet is so genre-defying. In this age of peak consumer laziness, people feel they need to know what box stuff fits into. Well, tough. Ghostpoet consciously doesn’t do genre. He like it that way. So do I. In 2018, when questioned by someone on Twitter, he responded “why is it so important for me to be part of a predetermined genre with its parameters and rules?”. Early tour promo posters were appended with his own scrawl, helpfully explaining “not hip-hop”.

Don’t be lazy, people. Want to know what Ghostpoet is all about? Then take forty minutes and properly listen. Trust me, you don’t need to know who or what he sounds like. Trust your own ears.

Ghostpoet’s trademark super-cool, assertive delivery is present here, just as it always is. That voice is quite unique, one of the most distinctive in modern British music. The minute you the needle hits the groove, you just know its him. And, just as you would expect, I Grow Tired But Dare Not Fall asleep is a dark, brooding, atmospheric collection. It’s true to say that he hasn’t deviated from his successful template with this release. He has just executed it better.

Highlights include the dystopian march of Humana Second Hand and the languorous, shuffling groove of Concrete Pony. The outstanding title track, however, takes pride of place in this collection. It is an absolute stand out, undoubtedly one of the tracks of the year. And if ever you wanted proof of Ghostpoet’s ability to defy categorisation it comes in the shape of this particular tune, which is virtually straight ahead rock with scuzzy guitars. It actually reminds me of The Pixies’ Gouge Away. So, yeah – categorically not hip-hop.

Earlier, I referred to Ghostpoet’s two Mercury nominations. I have no idea of cut-off dates for entries, but if there is any justice in this world, I Grow Tired But Dare Not Fall Asleep will be his third.